Understand the nature of the battle we are in

Gesara.news » News » Understand the nature of the battle we are in 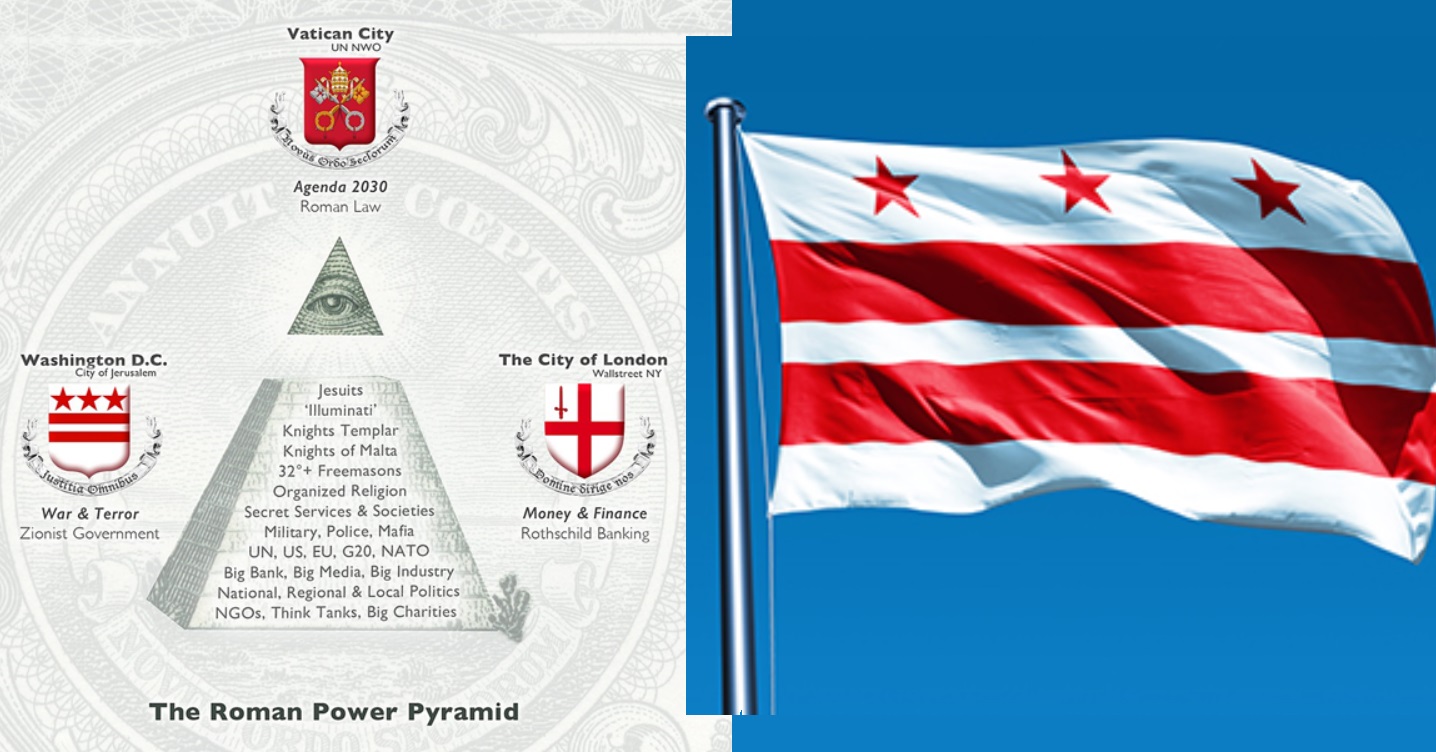 The Corporation called Washington D.C. is now a foreign entity on American soil of sovereign states.
It was established through a loan from the Vatican when D.C. was transferred into a city-state and this corporate entity.
It is now under siege for interfering with the elections of We The People of the United States along with the Vatican and the other foreign nations who interfered, such as Germany, Italy, China, et al.
They are now an enemy of the state and their assets shall be seized.
Our military has already been taking down the giant as we have witnessed while all eyes were set on the voter fraud.
The forming of this corporation in D.C. is of major importance to understand, for when President Trump signed an executive order in 2018 on Election Interference/Fraud for entities both foreign and domestic, it outlined how assets would be seized.
Please read on to understand the nature of the battle we are in. This article is a good primer for those that are becoming aware.
Sources: Themarshallreport
Read also: Defunct US Inc

Gold prices are hovering around a two-week high as of Friday, showing the biggest weekly gains in over two months as the US Federal Reserve keeps key policy rates unchanged, engendering investors optimism about commodity markets.
The Fed balance sheet is one of the drivers to the expanding money supply. The Feds monetary tools are used to keep rates low and cheap credit flowing. If the Fed keeps up the monetary stimulus, it will continue to drive inflation higher.
If the Fed were to ever try and taper, allowing longer-term rates to rise, it will put pressure on many areas of the economy, including the federal deficit.
In either case, Gold and Silver should benefit from high inflation if the Fed keeps printing or a shrinking economy if the Fed tapers.
Sources: schiffgold.com, www.rt.com

Trump Suggest in a twit To Delay Elections Until Vote Can Be Safe:
With Universal Mail-In Votin...