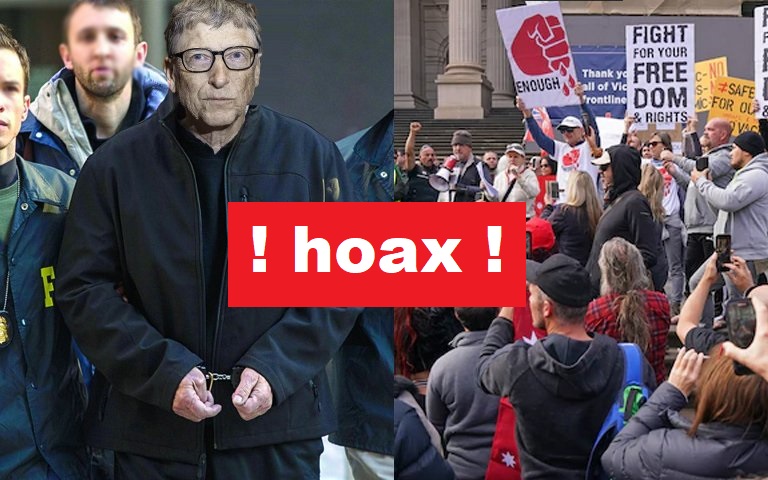 The satirical news website The Betoota Advocate became viral satirizing an alleged FBI Arrest of Bill Gates For Biological Terrorism
At the beginning, the lights of the pre-painted picture betray them.
Source:betootaadvocate.com, wikipedia.org