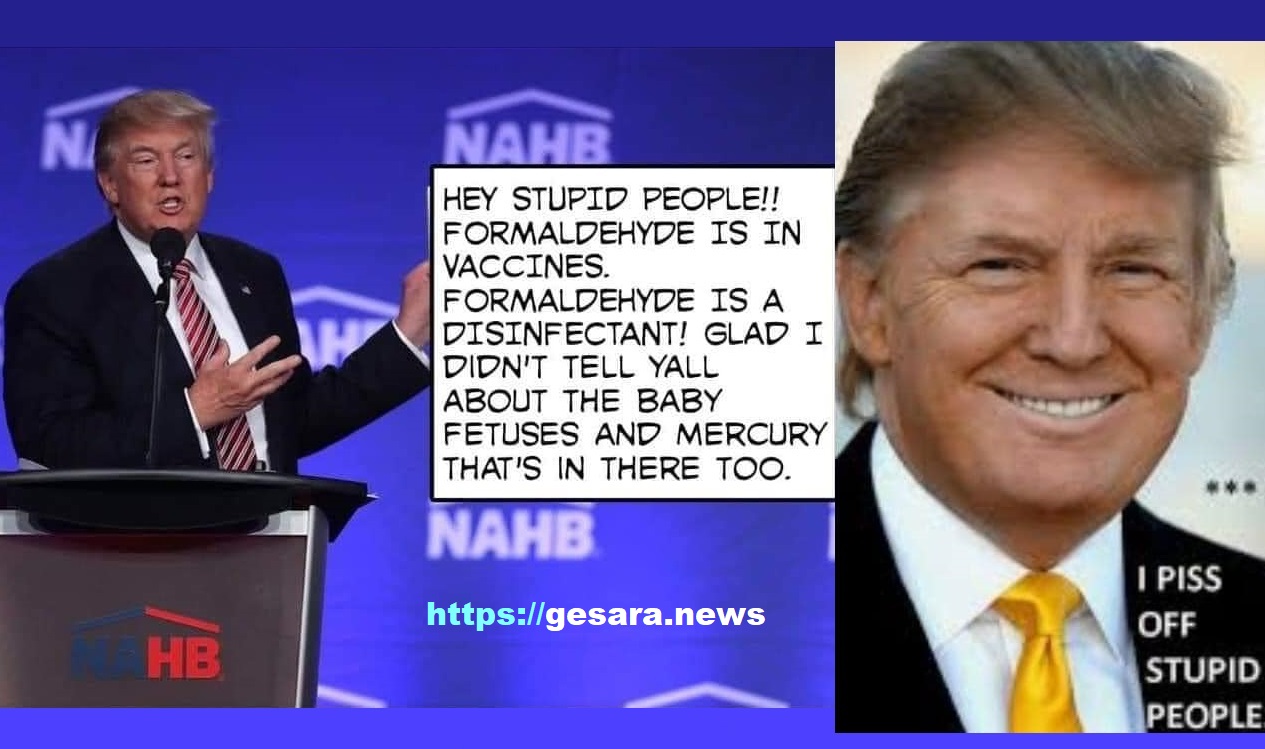 Donald Trump statement: I was asking a very sarcastic question to the reporters in the room about disinfectant on the inside but it does kill it and it would kill it on the hands and it would make things much better

Everything starts with Lucifer, Satan. The current power in this world is in the hands of those who worship him. And those that you think they have the power, not more than jumping jacks on the world stage. Regularly read your stories about how the Black Pope, head of the Jesuits, would be the most powerful man on earth. This is not so because above him are a number of families from The Papal Bloodlines, descended from Satan directly and ultimately determine what happens in the world.
Source:volkwordtwakker.nl