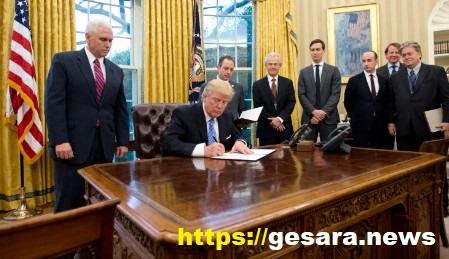 Former President Donald Trump sent out an email blast after the Senate acquitted him on a 57-43 vote...