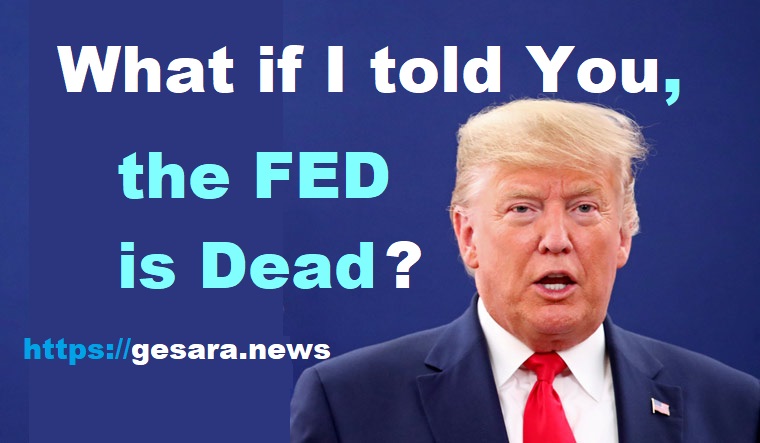 Financial Education Advocate Robert Toru Kiyosaki:FED is Dead, get more gold!
Is the Fed Ded? The Fed can print $ but cannot print jobs. As Corona returns the massive Fed-Wall St-Treasury bubble collapses. Corona is the pin not the bubble. If you think the Fed is Ded get more gold, silver, and Bitcoin. Sadly, I think the Fed is dying. Take care be aware.
twitter.com/theRealKiyosaki
FED is Ded. Loans to Zombie CEOs cannot be paid back. In 2020 Zombies owe $900 billion with declining income. By 2021 Zombie debt to pass $1.6 trillion. Got gold, silver, Bitcoin? "Accept what ever comes to you woven in the tapestry of your destiny." Marcus Aurelius. Take care.
twitter.com/theRealKiyosaki
ECONOMY dying. FED incompetent. Next BAILOUT trillions in pensions. HOPE fading. Bought more gold silver Bitcoin. GOLD @$1700. Predict $3000 in 1 year. Silver @ $17. Predict $40 in 5 years. Bitcoin @$9800. Predict $75000 in 3 years. PRAY for the BEST-PREPARE for the WORST.
twitter.com/theRealKiyosaki

Here is an inside look at Kraken! It is a cyberwarfare program and military STING operation.
THE KRAKEN, Is a Military Intelligence Battalion who sized the server from CIA in Frankfurt Germany, they identified China, Iran, and Russia in manipulated votes says Lt. General McInerney!
Sources: twitter.com, twitter.com