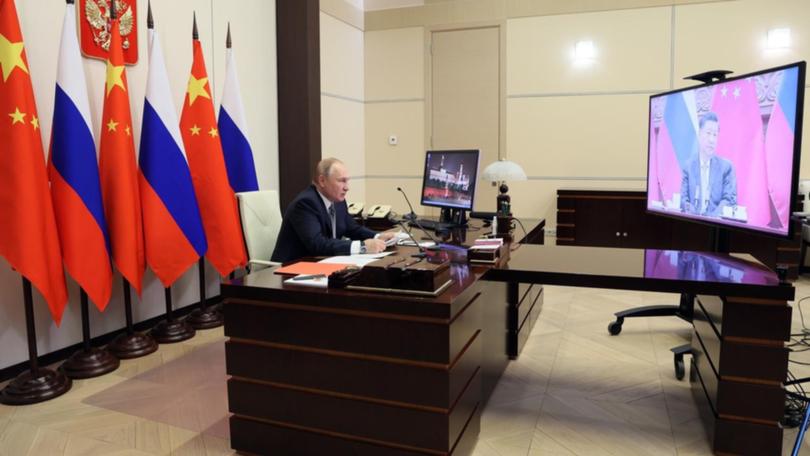 Putin and Xi have agreed to create an independent financial infrastructure, that would be immune to other nations' influence.
Russian President Vladimir Putin and Chinese leader Xi Jinping made a show of solidarity amid rising tensions between Moscow and the West Wednesday speaking for just over an hour via video.
"I consider our relations a true model of interstate cooperation for the 21st-century ", Putin said, with Xi calling the Russian president an "old friend" and hailing the close relationship between the two countries.
Source: rt.com