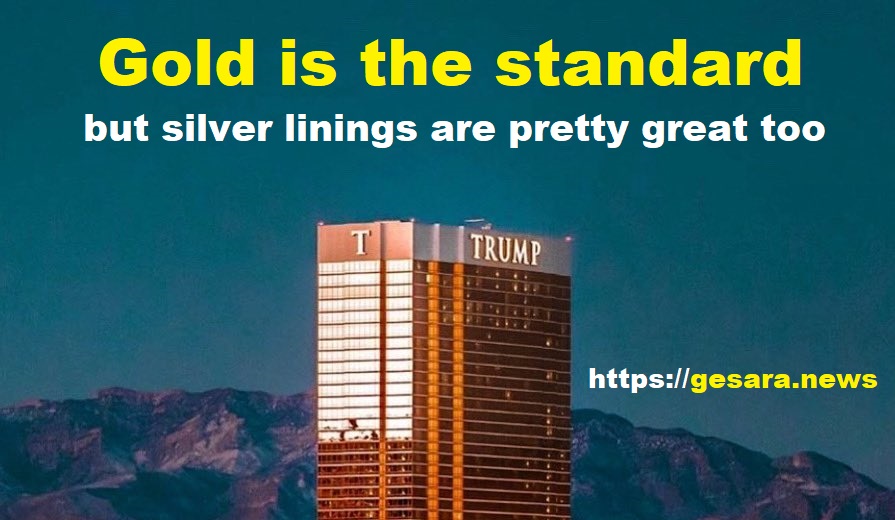 Gold is the standard, but silver linings are pretty great too.
A Wed. 24 June afternoon Trump tweet "Gold is the Standard" was an announcement of the new Gold Standard through the GCR/RV final roll-out underway right now.
Source:twitter.com