Gesara.news » News » What is Section 230 which Trumps wants terminated? 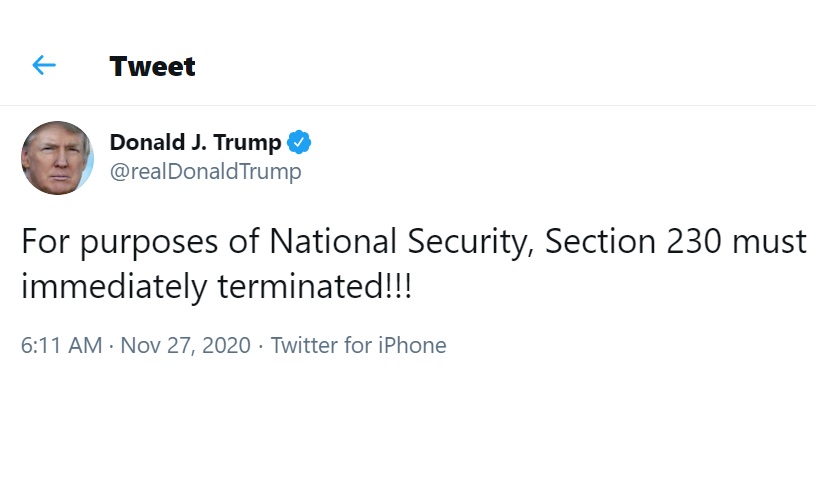